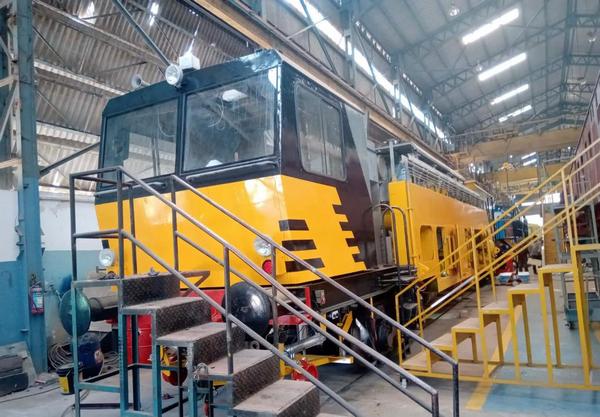 For the final assembly and preparation for commissioning of 2 RTM-32 WST machines, specialists from the RPM Group (part of STM) and the STM Research Center arrived at the SAN plant in Bangalore. The rolling stock delivery to IR for pilot operation is scheduled for the end of spring 2022.

The contract for the supply of 4 WST machines was signed in the summer of 2020. The first batch of 2 RTM-32 units was handed over in autumn 2021. Machine sets are produced in Russia, and then they are assembled at SAN facilities in accordance with the requirements of the Make in India program.

According to STM, the total volume of its contracts currently being implemented in India is €20 mln. In particular, it is planned to deliver the first batch of the ballast regulating machines (BRM) to India in the nearest future. The contract to supply and maintenance 19 BRMs was awarded to STM in July 2020. Components for them are produced at the production sites of the RPM Group.

India is one of the priority markets for the STM exports development. As Deputy Director General for Sales of STM Anton Zubikhin noted in October 2021, the company plans to take part in tenders for the supply of various track machines to India for a total amount of more than €200 mln.

Another Russian track machine manufacturer, the PTK Group, which owns the Tulazheldormash plant, is also considering entering the Indian market. In the autumn of 2021, its Deputy Director General for Production Dmitry Raenok in an interview with Railway Equipment Journal said that a contract for the delivery of the BCM-1500 ballast cleaning machines was signed with IR. Also the technical requirements for primary surfacing machine (MPV) are currently being jointly developed by IR and PTK.