21 January 2022 Railfreight.com: Russia’s hydrogen plan: ‘it is all about the right infrastructure’ 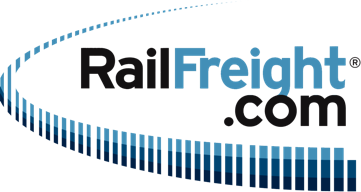 Russia is currently building a fleet of new hydrogen-based freight locomotives, completely in line with the recently approved state strategy towards hydrogen energy in the Russian Federation. But only by building new locomotives the shift to renewable energy has not been made. Building a facilitating infrastructure is just as important, the partners involved with the project explain.

The project is part of an agreement signed by Russian Railways (RZD), Rusnano and Sinara Group during the St. Petersburg International Economic Forum last year. The first such locomotive that will use a power plant based on electrochemical hydrogen fuel cells in conjunction with lithium-ion batteries will be officially presented by the partners in 2026.

Under the terms of the project, RZD will act as a potential customer of the future locomotives. Sinara Group will serve as a general contractor via its machine-building holding Sinara Transport Machines (STM), while Rusnano will be responsible for the supplies of needed technologies for the project, such as hydrogen fuel cells, energy storage systems based on lithium- ion batteries and other innovative technological solutions.

Alexey Tikhonov, managing director of Rusnano, emphasized particular importance of today’s policy to reduce the CO2 emissions and high ability of hydrogen technologies to contribute to this problem. However, he also pointed out that such shunters will need infrastructural facilities. As it is planned, future infrastructure will be built in such a way that hydrogen generation will be carried out in close proximity to sites of electricity generation. At the same time, particular attention will be paid to safety of storage and transportation of hydrogen.

Kirill Kolesnikov, general director of STM’s Center of Innovative Development (CID) said that the Russian Research Institute of Railway Transport, Russia’s largest scientific center in the field of railways, is completing the formation of technical requirements that will form the basis of the project.

In an exclusive interview he explained: “Сurrently, STM is in deep study of technical solutions of the project, focusing on the modeling of thermal processes in pilot plants and the design of the layout on the basis of existing equipment.

“We also look into easy switching to hydrogen, using integrated drive and storage elements. As part of the project, we are in close contact with engineers of the Polish company Pesa, who presented their hydrogen shunting and export locomotive in September 2021, as well as Chinese colleagues from CRC.

Infrastructure is the bigger picture

“The development of the hydrogen locomotive is just one part of the bigger picture of how rail technology is changing nowadays. Creating an infrastructure for the operation of hydrogen vehicles is the key issue today” he continued.

“It includes fuel production, service sites, an extensive network of gas stations etc. Will it be a system similar to the electric bus network, with several filling stations located on the haul of the locomotive, or an on-board autonomous power plant, generating hydrogen and charging itself? So far, there has been no final solution even at the conceptual level.”

Other alternative resources in Russia

In the meantime, hydrogen projects are not the only projects that are currently implemented in Russia with the aim of reducing carbon footprint in its railways sector. In the case of STM, the company has also been working on the creation of railway equipment running on liquefied gas for several years. The first of these projects – the main diesel locomotive GT1h, was officially presented in 2016, being a joint development of Sinara with the Perm-based UEC-Aviadvigatel.

It uses a special fraction of liquefied gas as fuel. Filling is carried out with the use of a specific technology, which requires the development of a service infrastructure. One of such filling stations, so far, has already been built on the section of the West Siberian Railway, which allowed to successfully operate the GT1h in this region.

Moreover, at the end of 2021, another locomotive manufactured by STM running on liquefied natural gas, TEMG1, successfully passed certification and was sent for trial operation to the Gazpromtrans branch in the Orenburg region.

According to the company, this is a unique locomotive that has no analogues in Russia, while interest has already been expressed by a number of large Russian industrial companies. This is just the beginning, as STM is currently working on the development of several similar locomotives.