13 December 2021 In 2021 STM and EVRAZ Signed Delivery and Services Agreements for 1.3 Billion Rubles 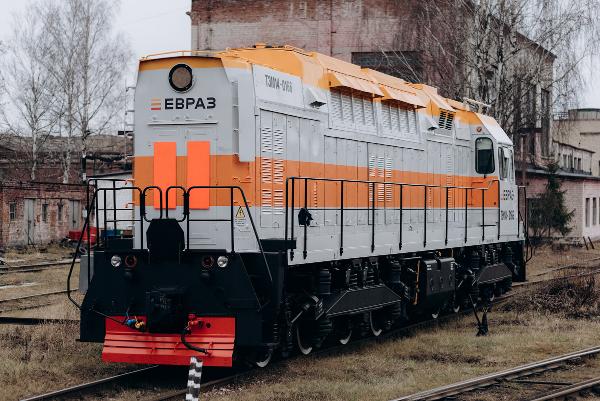 Sinara Transport Machines holding (STM, part of the Sinara Group) has signed an agreement with EVRAZ West-Siberian Metallurgical Plant (EVRAZ ZSMK) for additional supply of four TEM14 and TEM10 shunting diesel locomotives. The locomotives will operate at the plant site in Novokuznetsk. Deliveries of high-performance diesel locomotives are expected to start in 2022. Two TEM14 locomotives are scheduled for conveyance in the first quarter, followed by two TEM10s in the second quarter of 2022. The diesel locomotives are intended to be involved in the production chain of the enterprise being used for transportation of raw materials and finished goods.

“The diesel locomotives produced by STM have already been successfully operating at the sites of various EVRAZ enterprises. In 2021 alone, STM and EVRAZ signed contracts for the supply of locomotives and services for 1.3 billion rubles. Of course, we are eternally grateful for the trust that has been placed in us and we will do our absolute best to justify it in the future. This year we have already manufactured and shipped four TEM14 heavy-duty shunters to EVRAZ. Two more are on the way. I would like to note that this contract marks the beginning of deliveries of our innovative shunting locomotive of TEM10 series to EVRAZ. We are confident that the diesel locomotive will prove its best in terms of its high performance and efficiency,” said Anton Zubikhin, General Director of Trading House STM.

In compliance with the customer's requests, STM’s specialists have developed a unique training program on locomotive operation and maintenance for EVRAZ employees. The purpose of the course is to achieve an appropriate level of the workers’ competence required for putting the locomotives into service and ensuring their subsequent uninterrupted operation. This year alone, more than 100 people have passed the training course of operating the TEM14 shunters, and in the near future the same course is planned to commence for the TEM10 diesel locomotives.

The history of cooperation between STM and EVRAZ dates back to 2007. During this time, a wide range of equipment produced by STM was shipped to the subsidiaries of the mining conglomerate, including four TGM6D diesel locomotives and one TEM9 shunter locomotive.

The TEM14 and TEM10 shunters are manufactured at Lyudinovo Diesel Locomotive Plant (LTZ). The TEM14 diesel locomotives are driven by two engines, the total capacity of which allows to shunt trains with a weight of up to 6 thousand tons. Moreover, this design provides a significant reduction of harmful emissions into the atmosphere during operation, which makes the locomotive more environmentally friendly. In addition to EVRAZ, the TEM14 locomotives are widely used by the Russian Railways, and many industrial enterprises, including Oteko Group, NLMK Group and Kazakhstan's freight operator Silway Transit.

Batch production of the TEM10 diesel locomotives started in 2021. The uniqueness of these shunters is ensured by the fact that its design provides for an innovative modular system for the Russian diesel locomotive industry. The modular elements ensure high maintainability and the ability to be equipped with additional functions. The TEM10s have already been put into successful operation at the sites of NLMK and Magnitogorsk Iron & Steel Work, as well as at the enterprises of the TMK (Pipe Metallurgical Company).